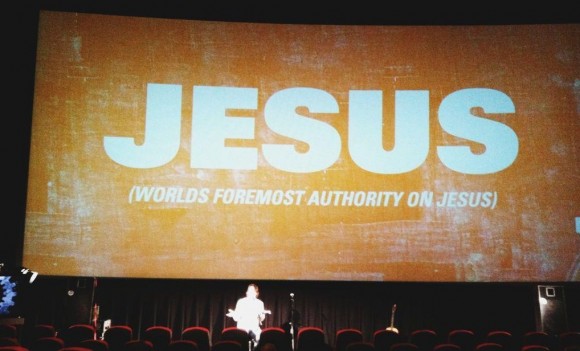 I saw a flag flying at half mast at a Sheetz convenience store last week.  To be honest, my first thoughts were, “I wonder WHICH recent tragedy they are flying it for?  There have been so many…”   Thanks to twitter and Facebook, there are also an exponentially higher number of people expressing their outrage, prayers, and opinions on how to “fix the problem”.

I am outraged.  I’m praying for the victims. I’ve got opinions…plenty of them…I’m just not sure that they are that helpful or needed right now.  I’ll keep them to myself.  I do want to share something that Jesus said with everyone who reads this blog.   Jesus also was often made aware of the tragedies, disasters, and outrages of his time.  People brought Jesus “the news” and I am SURE expected him to offer answers and solutions.  I remembered this example this morning from Luke Chapter 13.

About this time Jesus was informed that Pilate had murdered some people from Galilee as they were offering sacrifices at the Temple. 2 “Do you think those Galileans were worse sinners than all the other people from Galilee?” Jesus asked. “Is that why they suffered? 3 Not at all! And you will perish, too, unless you repent of your sins and turn to God. 4 And what about the eighteen people who died when the tower in Siloam fell on them? Were they the worst sinners in Jerusalem? 5 No, and I tell you again that unless you repent, you will perish, too.”  Luke 13 1-5

Two examples:  One of a tyranical government slaughtering worshipers from Jesus’ home town.  One example of a disaster brought on by either natural forces such as wind, water, or earthquake, OR really poor tower construction practices in Siloam. (Jesus had previously been a contractor…I bet he suspected that).  I’m certain that the people who brought the “news” to Jesus expected him to offer solutions…answers…at least a good explanation of why the tragedies happened.

Sort of unsatisfying isn’t it?  I’m not sure Jesus would get thousands of “Likes” on his Facebook page if he posted that answer. Pretty sure that wouldn’t have been retweeted thousands of times even if he could have condensed it down to 140 characters.