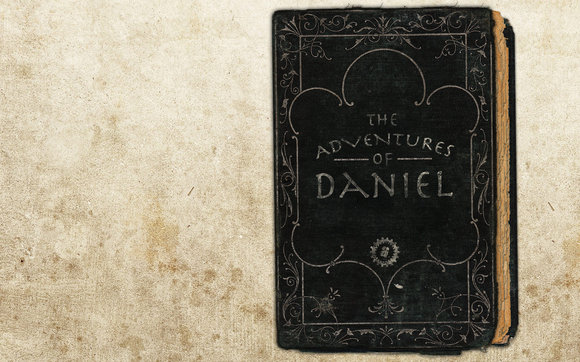 Sunday we talked about the second Chapter of the Book of Daniel.  It’s an epic story of God giving Daniel the ability not only to tell the king what his dream was, but to also correctly interpret the dream and predict the rise and fall of world empires for thousands of years.  If you find that impressive,  king Nebuchadnezzar found it doubly so.  Chapter two of Daniel ends like this:

47The king said to Daniel, “Surely your God is the God of gods and the Lord of kings and a revealer of mysteries, for you were able to reveal this mystery.”  48 Then the king placed Daniel in a high position and lavished many gifts on him. He made him ruler over the entire province of Babylon and placed him in charge of all its wise men. 49 Moreover, at Daniel’s request the king appointed Shadrach, Meshach and Abednego administrators over the province of Babylon, while Daniel himself remained at the royal court.  Daniel 2:47-49

All is well in Babylon.  Daniel is a Hero. He and his friends are rewarded.   The king is eternally grateful…

…Except for one thing.

Chapter 3 starts with this:

1King Nebuchadnezzar made an image of gold, sixty cubits high and six cubits wide, and set it up on the plain of Dura in the province of Babylon.  Daniel 3:1

You can read the rest of the story (here.)   King Nebuchadnezzar took Daniel’s prediction that he was the Golden head of the statue in his dream and decided to take it to a whole new level.   After saying that Daniels God was the “God of God’s” he decided to set himself up as God.   After promoting Daniel and his friends in Chapter two, the King ends up throwing the same friends into a super heated furnace because they would not bow down to his golden statue.

Even when we do what God says…people still have a choice about how they will respond.

We can serve someone one day and be appreciated and praised by them…and be attacked and hurt by them the next.

We can point someone in the right direction one day…and be devastated by their decision to go the opposite the next.

It happened to Daniel…it can and WILL happen to you and I.

Serve anyway.   Love anyway.  Follow God anyway.   Our reward is from him.  Our confidence is in him.