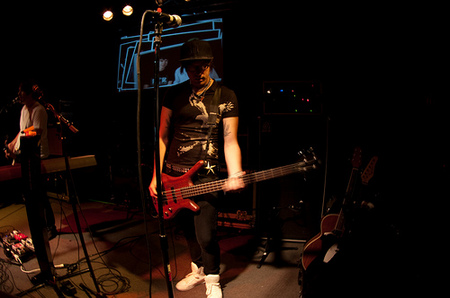 Yesterday at actionchurch we talked about “the plan” for successful family living.  Notice I didn’t say “the secret” of successful family living.  “The plan” is out there…it’s ancient.  It’s not complicated.  Chose God. Don’t waste your life on stuff that won’t last.  Do what God says  (the whole love, forgiveness, mercy, peace thing).  .  Praying for God to bless our plans is a waste of time.  Success comes from asking God to let us be part of his plans.  God is writing His-story…and the most important thing we can do for our family is choose to be part of it.

15But if serving the LORD seems undesirable to you, then choose for yourselves this day whom you will serve, whether the gods your forefathers served beyond the River, or the gods of the Amorites, in whose land you are living. But as for me and my household, we will serve the LORD.”  Joshua 24:15

The Club (and the parking lot) was FILLED with folks stepping up to help us sponsor the Relay for Life Survivor banquet.  (I posted an update here)

One of my favorite moments ever was seeing all the family photos taken during the month of May cascading down the screens during the opening Song .  God has blessed us with such a beautifully diverse group of families!  Not Gonna lie…got a little teary.

Days apart from Nashville rocked it…  Any day that starts with a Michael Jackson cover has to be good.  :-)

SPOILER ALERT!!!  If you were at actionchurch yesterday and saw a packed club, a great band, beautiful artwork on every screen,first rate childrens programming,  and a preacher who sort of made sense…I really hate to spoil that image for you.  :-)   This week was sort of a miracle that it happened at all.  Jerry and Steve “booked”  (kidnapped?) the Band on Saturday night.  Josiah and Tyler worked miracles to make the screens display ANYTHING Sunday morning, and our children’s crew were SWAMPED with kidz in their very limited space and short staffing. It POURED on the set-up for the actionkidz bake sale.   We are not nearly as “together” as we look.  I’ve heard it said that “The harder we work, the Luckier we Get”.   The service that happened yesterday was not “luck”.  It did involve two years of hard work.  But I think days like yesterday come together in spite of difficult circumstances, because GOD BLESSES our efforts when we serve others, put forward our very BEST, and Let God “make up the difference”.   Thank you Crew…and most of all God!

Someone on the crew (anonymous ) called it “Blessed Half-assedness”.  :-)

So…I love what God is doing at actionchurch.  We have about ten thousand things we need to “fix” right now.  We need to find, furnish, and move to a new venue in the next Four months.  (We made it official with the club owners this Sunday).  We’ve got 600 people to feed at the Relay for Life in less than four weeks.  We face uncertainty in EVERY area.

It sounds like the beginning of a great story.   Part of His-story…

I hope you will chose not only to “follow” the story, but to be part of the action.

One thought on “Sunday Recap: Farewell to the Hood…”