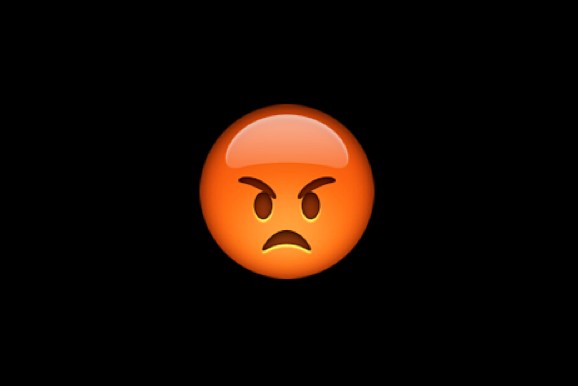 Sunday morning I listened to Don’s sermon on anger and outrage – even though I knew it didn’t really apply to me. While I am a sensible person I don’t really have a temper. I don’t get wrapped up or involved in social media quibbles. And I’ve never been challenged to a duel of any nature.

So, I kind of left most of the information go in one ear and out the other – EXCEPT the part where I should remind my loved ones that Proverbs 19:11 was meant for them. J I even thought about writing the passage down so that I could quote it to one of my kids the next time they threw a fit. I was sure that I would need to recite it – verbatim – to my husband once or twice……in the next hour. And I thought about laminating a few copies with a nice little border of emoji smileys to hand out to my co-workers.

All in all Sunday’s sermon was nice. The band was great. We said goodbye to friends and jumped in the car. North on Interstate 83….east on Route 30 and twenty minutes later we were home.

Aaaand I lost my temper. Me! :O Can you imagine?!?! Me! I. Lost. My. Temper. >:-( TWENTY MINUTES after the Outrage Sermon (with really cool emoji sermon points AND t-shirts BTW) – out of control – anger and outrage……and many hours later bitter regret. L

Two key sermon points I should have focused on:

Don didn’t tell us to point out other people’s anger. He specifically challenged us INDIVIDUALLY to try to apply Proverbs 19:11 to OURSELVES. You see – before we can change the world, or social media, or our families……we have to change ourselves. I have to be willing to take a good hard look at my own behavior and make a determined effort to change the only thing I can possibly change – ME.

“Why do you look at the speck of sawdust in your brother’s eye and pay no attention to the plank in your own eye?” Matthew 7:3

“HYPOCRITE! First cast the plank from YOUR eye, and then you will see to cast out the chip from your brother’s eye.” Matthew 7:5