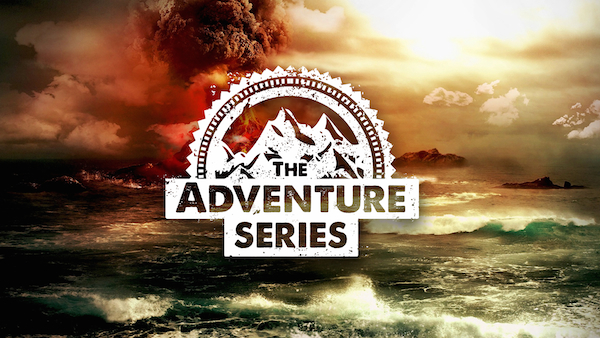 True story:  I’ve been on a boat AFTER a nor’easter.  We were on vacation and a terrible storm blew up the coast.  The next day (after the storm) we got the bright idea that it would be fun to take the boys out deep sea charter boat fishing.  NOT our most brilliant vacation planning moment!

The waves and the wind didn’t stop just because the weather man said the storm was over.  Long story short there was MUCH sea sickness….I’ll spare you the details – but I’m sure you get the sensory picture.

That was AFTER the storm…..not like Paul and company DURING the storm on his adventure to Rome.  So I read the verses in Acts Chapter 27 where Paul is encouraging everyone to eat with a slightly skewed opinion.  Really?!?!?  Eat?  As we’ve been hurling on a boat in a hurricane for 14 days?  But YES!  Paul says eat – you need to survive – you’ll need your strength for the shipwreck! (I feel so much better now Paul.  Thanks.)

BUT I like what Paul does next.  He doesn’t just talk.  He leads by example.  He himself takes the bread, breaks it – gives thanks, and starts to eat.  A lot of symbolism there I’m sure.  But it speaks volumes to me about Paul.  He is a leader by example.  He doesn’t ask anyone to do anything that he himself isn’t willing to do.   And then verse 36 says –

“They were all ENCOURAGED and ate some food themselves.”

Don’t you love that? They were all encouraged.  After days in a violent storm….after days of worrying that they would die…..after throwing the cargo and gear overboard…..he gave them hope and inspiration.  Isn’t it amazing how a living example and a positive attitude can change the whole course of events in the middle of a storm?