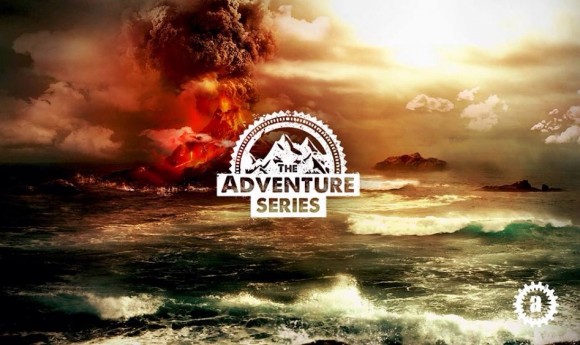 This month, during the Adventure Series, we’ve been learning about Paul’s storm filled journey to Rome in the Book of Acts from Chapters 27 and 28.  This week, the passengers and crew are swirling, hurling through a hurricane force storm as they try to literally tie the boat together, jettison the cargo and slow down.

“….Fearing that they would run aground on the sandbars of Syrtis, they lowered the sea anchor….”Acts 27:17

I can identify with the castaways and their fears of being stuck on a sandbar in the middle of a nor’easter.  In my experience going THROUGH a storm is way better than being STUCK IN a storm.  All hope of surviving would have been gone.  If their boat would have run aground the wind and waves would have battered it to splinters and they surely would have drowned….all hands lost at sea.

So, I like the symbolism of the anchor.  An anchor is sturdy and strong.  Normally it’s used as a method to keep the boat secure and in one place. But, using the sea anchor in the middle of a storm would only have slowed the boat.  The hope was for the anchor to steady the boat just enough for the crew to get their bearings, check for signs of land and make a plan.

A very natural reaction to being in the middle of a life storm is to try as hard as we can and go as fast as we can to get OUT of the storm.  Duh.  I mean – does anyone really want to be sick, in debt, struggling, wallowing on a sandbar of misery?  Of course not!  But as land lubbers we also hesitate to throw out the anchor and slow down.

I wonder what we’re missing when we go full steam ahead blown by the gales of life?  Are we in danger of getting stuck on a sandbar?  If we can slow down just enough to get our bearings can we make changes that will make an eternal difference?   I wonder.  I wonder what would happen if we used Jesus as a strong and sturdy anchor to keep us steady in the storm.

If God is going to allow us to go through the storm, He probably wants us to learn something FROM the storm.