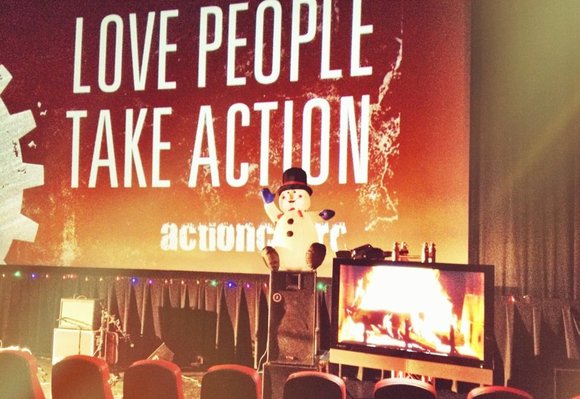 Quite often, and especially this time of year, people ask me “what’s the biggest need actionchurch has as a church”.  I know some folks are just curious as to what I will reply…but others really want to know what they can give to(or do for) actionchurch this Christmas season.  I’m not like your mom.  I actually tell people EXACTLY what actionchurch wants for Christmas, in the New Year, and every year…   The answer always surprises people, but it’s absolutely 100% true.

It’s NOT more impact and giving for our community.

It’s NOT a permanent venue.

It’s NOT for Paul Jr. Designs to build the preacher a custom actionchurch-themed chopper. Although…that would be pretty sweet.

What I want more than anything for actionchurch…and every church in our county…is simply for more people to chose to follow Jesus…to chose to do what Jesus taught…what the Bible says.  People are always surprised by that, and I know some of them think I’m just trying to sound “nice” like your Mom did when you asked her what she wanted for Christmas.  Some think that’s just a “nice” religious way of not actually sharing what our real needs are as a church.

Here’s the thing though,  I really mean it.   The reason I say that the “thing I want for actionchurch more than anything else” is people actually following Jesus in EVERY area of their lives…is that I know that EVERYTHING else comes from that!  This year more people invited their friends-because they were following the example of Jesus. This year more people gave more money-because they were following what the Bible teaches about “Honoring God with the first…and the best of your income”  This year we had more volunteers…more crew members…because people bought into the idea that Jesus taught about becoming a leader by being a servant.  This year was our greatest year of serving our community outside of actionchurch…because more people chose to follow Jesus’ example of selfless care for those that others overlooked.