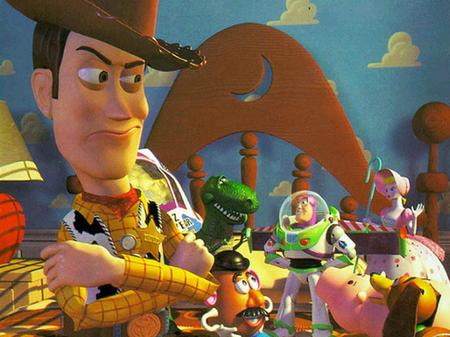 I’m looking forward to seeing Toy Story 3 with my daughter.  I love taking her to pixar filmsbecause their stories are interesting and moving, whether you are 4 or 40.   (Pretty much the opposite of Barbie: Fairytopia,  which made me want to remove my eyes with my overpriced movie theatre soda straw).

I have always thought of Pixar as sort of an “overnight success” as a company.  I remember when their first (and “THE FIRST”) computer animated film,Toy Story came out in 95, it became the highest grossing film of the year.  Not a bad first attempt for a “new company”.  They took a new technology and completely revolutionized the filmaking industry.

Here’s something I didn’t know about Pixar.  Toy Story came out NINE YEARS after their initial start up.  Until Toy Story,  they never made a profit.  In fact, for five years, one of their most notable early investors; Steve Jobs, LOST over one million dollars A YEAR keeping the dream of Pixar films alive.

The team at Pixar had the right idea.  They set out to do something no one else had ever seen. They had a vision to tell timeless stories with a new technology.   They persevered and sacrificed in even the most discouraging times, until technology and culture “caught up” with their vision.  Their refusal to quit made them an “overnight success”.

There’s something really inspiring about that…something that makes me more certain than ever that the best days are yet to come for actionchurch.  Now, I just wonder if Steve Jobs would be interested…  :-)