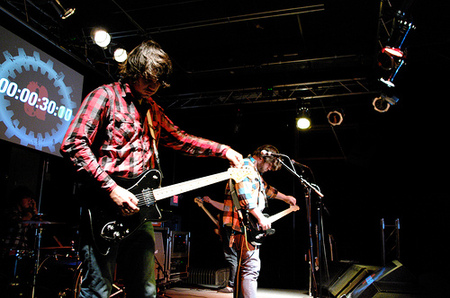 Sunday was the part three of the “4 guaranteed ways to ruin your life and lose everything.”  The series has been an attempt to reverse engineer the way Saul (1 Samuel) lived life.  This week we talked about selfish living…living life pursueing small, self centered goals.   Saul spent his entire life trying to kill David and protect HIS kingdom…HIS legacy…HIS power…the result was that he ended up taking his own life, losing the kingdom, and having nothing to show for his life.  David risked his life again and again to protect OTHERS…to serve GOD…He used his power, wealth and fame unselfishly…and ended up the most powerful and influential king of Israel.  ‘Sounds remarkably like what Jesus said in Mathew 16:25

“For whoever wants to save his life will lose it, but whoever loses his life for me will find it.”

Lot’s of uncomfortable stuff to talk about this week from the story of Saul.  Philistine “involuntary circumcision scavenger hunts“…  “crapping in a cave”  etc.    I can see why preachers like to preach from the King James Version…it makes everything seem so much ” nicer”

Also uncomfortable but true to talk about how it’s completely possible to live a selfish life as a church goer.  If we make Christianity about  “I want to be blessed”, “I want to get to heaven”, “I want to be fed spiritually”, “I want to to feel warm and fuzzy with Jesus”…and leave out our responsibility to love and serve others…Church can be the most selfish place on earth.

Failure to XL on stage this week and they absolutely did NOT fail to excel…  Poor joke but they were unbelievable.  Garrett looked over at me during the third song and said “I’ve got chill bumps”.  Exactly.  We are definitely moving in the right direction musically thanks to Jerry and the hard work of the bands.  I want actionchurch to ROCK…and connect with the spiritual message of each Sunday as well.  We are getting there.

I can’t even tell you how many “behind the scenes” difficulties we had this week.  Just let me say this:  God is doing somthing at actionchurch and if we just continue to be obedient…nothing is gonna stop us.

Loved the Production piece Josiah created at the start of the service…there was supposed to be music playing behind it…yet another difficulty of the day. (it did make me laugh when the screens said “and everyone applauds” and people actually applauded.   Next weeks the screens may say “everyone brings Don a pie” :-)

Every week I thank the great crew of actionchurch.  Thank you once again.  But this week I want to encourage EVERYONE to join in praying that God will guide and direct us as we make some very important decisions for the future…that God will “fight the battles” that we can not.  If you love actionchurch pray for us.  We are entering a very difficult time of GREAT possibility.   Exciting times ahead…

3 thoughts on “Sunday Recap: How to ruin your life.”