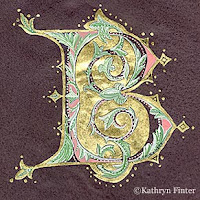 I’m not sure who to credit for saying this because I’ve seen it several different places. But it goes a little something like this:

There are three “B’s” of the Church. Believe, Behave, and Belong. Generally speaking Churches say: If you Behave like us, and Believe like us, then you can Belong.

I want actionchurch to “say” the opposite: You Belong, I hope that over time you will Believe, then you will start to Behave.

Does that mean we won’t talk about about sin, judgement, or anything God demands that would someone might be offended by? Nope! (How can a person truly “believe” if they haven’t heard whole truth about God?) I never want to be guilty of doing the religious “bait and switch” by saying “All you have to do to get to heaven is say this prayer” and then after the fact saying “Oh by the way there are some rules you should be following since you are now a Christian”- It’s dishonest! At actionchurch we will start by accepting people…no matter what their “sin problems” are, because they are very much like us…sinners in need of a Savior.