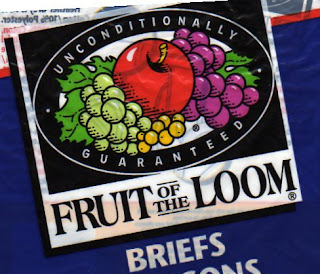 For those of you who are squeamish or think that sermon illustrations should only be a poem, a politically correct personal anecdote, or maybe a “clever” acronym where the points of the sermon spell a word…you might want to skip this post. Especially if you thought I was being “edgy” when I mentioned the pooper scooper last week…but this really cracked me up!

I was reading last night about a “preacher” who used his underwear as a sermon illustration. This dude bought a pair of underwear, wore them, and without washing them, buried them under a rock for several weeks. Later the story said that he brought them out from under the rock all “rotten” and decayed and showed them to people as an illustration of what God thought of their society…Wow. Here’s the kicker…he said God told him to do it! (read the whole story here-link)

Can you believe the nerve of that preacher? Everyone knows God wants us to be nice, inoffensive, and boring when we present the truth to people. We’re certainly not supposed to be shocking like the prophet Jeremiah was….Yeah, that’s right the “preacher” in the story is the prophet Jeremiah…you can find the story in chapter 13.

I guess the Lord of all Creation didn’t “get the memo” about only using bland, boring, politically correct illustrations when preaching….Maybe he missed that class at seminary that taught about alliteration (where every point of the sermon starts with the same letter)? Maybe God hadn’t heard about verse-by-verse preaching yet? Or, maybe God is much more interested making his point than in not offending anyone. Why else would he tell another of his “preachers” to walk around buck naked for three years as an illustration…Yikes, now that’s an “inappropriate” sermon illustration. (read about it here-link)