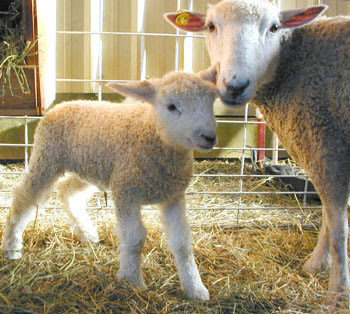 One of the first Bible verses I learned as a kid in Sunday School was “All we like sheep have gone astray, we have turned everyone to their way. Is. 53:6a There are lots of references to God’s people as “sheep” in the bible. Jesus told the stories of the the Good Shepherd, the 99 sheep, and even told Peter to “feed his sheep” before he ascended to heaven.

In spite of all the “sheep imagery” in the Bible we don’t often talk about followers of Jesus using those terms. Except for a few lame “preacher jokes” about “Christians being called sheep because they are dumb animals”, Churches generally talk about following Christ in terms of our human experience. We talk about “baby” Christians needing “milk”. So many people proudly proclaim, even after years of attending church, that “they just want to be fed”. I think this thinking colors much of what Churches do today . Since we think of new followers of Jesus as “babies” we allow for many years of “education”, “training” or “discipling” before someone is considered a “mature” christian. Many of our “teaching programs” actually encourage dependence instead of independence. It is even a popular sentiment among pastors to say that we need to “balance” evangelism and “discipling” because we certainly can’t have more “baby Christians” in the Church than we can properly care for…. I think I’ve heard that argument before…it was just from a very different “crowd”, and the implications make me very angry.

What if we were more like sheep? What if after three months of “eating at mom’s diner” we were able to feed and forage for ourselves. What if we went to the Good Shepherd to be led not fed? What if within a year of our “birth” as followers of Jesus we were considered “mature” because we could produce new baby sheep? What if within a year of our birth we were actually productive members of our community sacrificially providing warmth and sustenance for others? (…as the old joke goes, for the sheep- wool is a contribution,and mutton is a sacrifice.) How fast would our “sheep herds” grow? How much of an impact on our “fields” would we make? Would our “professional shepherds” have to “lead sheep” instead of trying to “educate sheep”? What if we as sheep could form large “herds” and follow the Good Shepherd instead of “going our own way”? Could a movement of “sheep” really change the world?

I think so. Jesus thought so… It’s happening in other cities in America… I think it’s going to happen here..real soon. But then again, I’m just a “sheep”.