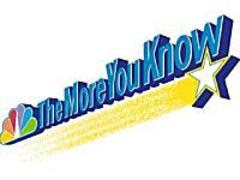 If you ask any lawmaker, regardless of their political party affiliation, how to change behavior in society-their answer will always boil down to education and legislation. It’s simply the best government has to offer. Does it work? Not so much. If it did, surely by now people would be “educated” that murdering other human beings is really not a “nice” thing to do. Surely everyone in America is at least “educated” in the fact that murder is “unlawful” and will get you at minimum a long prison sentence (unless you are a celebrity with a really good lawyer). If education and legislation were successful in changing sinful behavior would there be still be drug use, drunk driving, rape, or for that matter, littering in our society?

Does religion offer a better alternative than education and legislation? Unfortunately, I think it’s just more of the same. So many well intentioned evangelicals firmly believe that if people “just knew what the Bible teaches” about a particular behavior…people would “change”. Really? Is that all it takes-more “Bible education”? Ironically, because even “good Bible teaching” doesn’t stop the sinful behavior in our society, the same people lobby their legislators in government to pass more laws legislating sinful behavior. Issues such as abortion and gay marriage become rallying cries for the religious to “educate” and “legislate” our society into a sin-free utopia.

I believe there is a better way. I place all my trust in the Good News of Grace that Jesus gave his life for. I believe jerks like me (and you) can be given a fresh start and a new “identity”. I believe in redemption. I will not waste one moment of my time as a pastor trying to “legislate” morality using the power of our government. I believe the only hope to truly change our society are found in the words of Jesus. When faced with an accusing crowd of “legislators”, “educators” and a naked woman caught in the very act of adultery(read about it here)…Jesus didn’t react in the way the crowd must have thought he would. First, he sent her accusers who wanted to enforce the legislation against adultery away in shame. Then he said the most hopeful,”grace-filled”, and powerful phrase I have ever encountered. Jesus told the neighborhood slut, the woman that the religious people found beyond hope, the one woman in the village that the religious “police” were sure they could catch naked and “in the wrong bed” if they needed to prove a point to Jesus… He said to her…”Go now and leave your life of sin.” It wasn’t a threat or a warning-Jesus believed she could actually change! That’s the power of Grace…I’ll chose that over legislation and education every time.