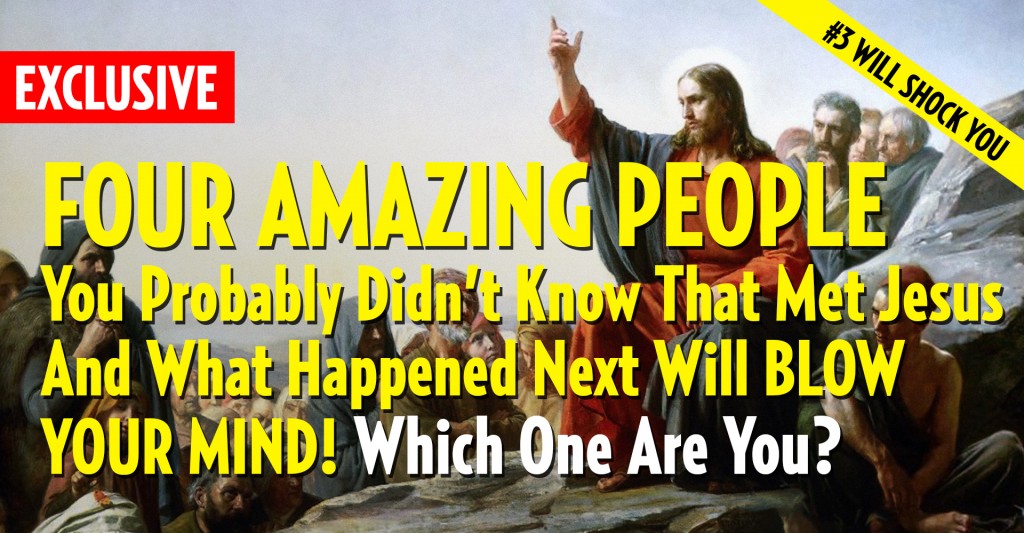 This Sunday is Easter Sunday, the time that Christians everywhere celebrate that a man named Jesus claimed to be the Son of God, got himself executed for it, and then came back a few days later to say “See, I wasn’t joking…I really am who I said I was”.  Obviously, that claim raises some questions.  Obviously, it raised a bit of a stir then…and still does today.   Clearly, a bit more explanation and evidence would be helpful. This week we’ll introduce you to a few of the people who met Jesus AFTER he died, and recount how that encounter changed EVERYTHING for them…and US!

If you are an attender of actionchurch, this is a perfect excuse to bring that relative or friend who “doesn’t do church”.  (We’ve even made the sermon series title super easy to remember…difficult to tweet though…makes a horrible hashtag…better invite your friends via Facebook :-) If you actually “don’t do church”, this would be a great weekend to join us at Frank Theaters just as an experiment…just as a chance to prove yourself right that church people are weird and church gatherings are totally a waste of time.   Whatever your reason, we hope you’ll be there for some new music from “GALE” , some exciting updates and photos of the “actionchurch For North York” renovation progress, along with all the normal food and fun that makes actionchurch ANYTHING but a normal Sunday morning at church! We look forward to seeing you at Frank Theaters Queensgate- 10:30 am (DIRECTIONS), and as usual, the actionkidz crew has a fantastic hour of learning and fun planned for your kids (infant to 6th grade) as well.