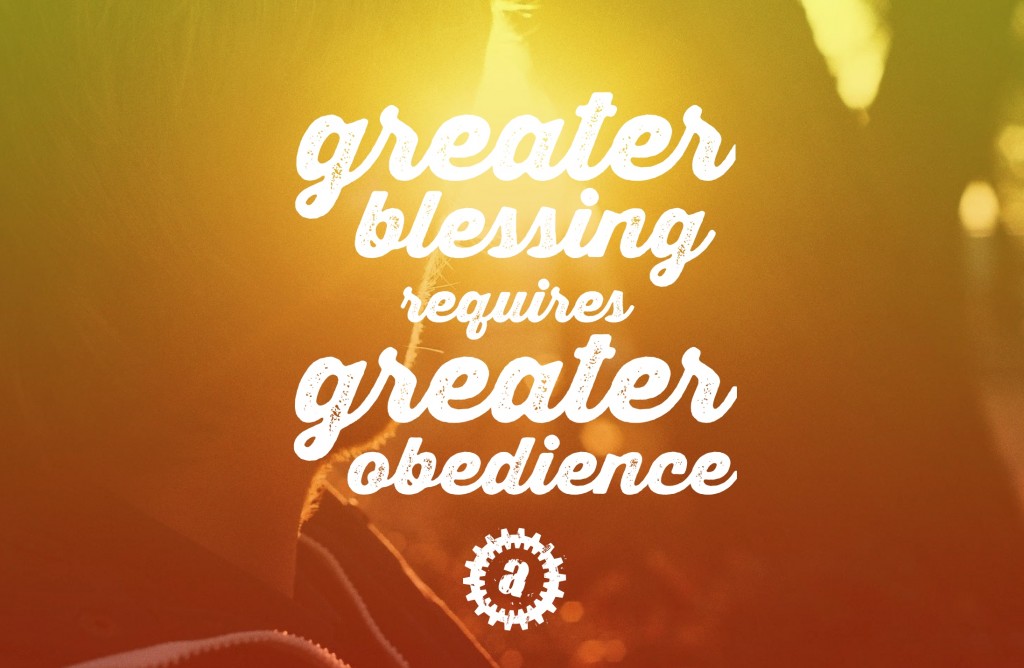 For the last three weeks we’ve been talking about King Hezekiah from the Old Testament. This week, one aspect of Hezekiah’s life was particularly striking.  In the the written history of the kings of Judah, Hezekiah was described in this way:  “He remained faithful to the Lord in everything, and he carefully obeyed all the commands the Lord had given Moses.  So the Lord was with him, and Hezekiah was successful in everything he did.” (2 Kings 18:6-7a)   That’s a pretty striking endorsement from history.  “Successful in all that he did” has a pretty nice ring to it.  I’m pretty sure you could fill a pretty large auditorium for the “Be successful in everything you do” conference, but scripture credits simply obeying God as the reason that Hezekiah was so effective as a King!  Obedience was Hezekiah’s “secret” to success!

In case you’re wondering, I’m not booking a conference facility as I write this so that I can share “Hezekiah’s secret” with anyone willing to pay $79.95. :-)   I think Hezekiah’s “secret” is kind of like the “secret” to losing weight: Eat less…exercise more.   It’s not so much of a secret as it is something that most of us know…and most of us struggle constantly with actually DOING.   There is ONE aspect of obeying God that is a bit tricky…one area that I hope I CAN clarify a bit.  It’s simply this:  How can you know you are being obedient to God?  What does God want us to do?  If I have “this feeling” that God wants me to do something…but how can I know I’m actually “Hearing from” God?  These questions can paralyze us…stop us from actually being obedient to God…and coupled with our fear and insecurities can rob us from the success and blessing that comes from being an obedient follower of Christ.

God won’t lead you to sin.  Thinking that God might be telling you to hold up a convenience store, leave your husband/wife and family, start a fraudulent “Hezekiah’s secret” conference and/or lingerie line?   Check again, that’s not God. :-)

When in doubt, check the manual.  God Speaks to us as individuals…but we are blessed to have thousands of years of examples of God speaking to others in the Bible.  Does it line up with examples already in scripture?  Am I already following what I KNOW TO DO from scripture?  Those questions will save you MUCH grief and embarrassment when it comes to obeying God.

You probably won’t want to do “it”…at least at first. I call this the “George Costanza Principle”.  Just like George from Seinfeld found that his life was much more successful if he did the OPPOSITE of his every instinct,  I have found that most of the important acts of obedience to God in my life (from becoming a preacher, to helping start actionchurch, and to be honest MOST of the times I have actually been obedient to God’s plan) came from doing the OPPOSITE of my original instinct.  I didn’t want to…but I’m totally glad I did…and you will be too!

It probably won’t be popular.  We live in a culture where people are celebrated as “brave” and “courageous” for doing what 99% of the media and popular culture applauds and agrees with.   DON’T expect obeying God to be celebrated in the same way.  In fact, one of the greatest gifts God gives us are fellow followers in our church family that WILL support us and encourage us as we do the hard work of obedience.  Jesus spoke of a “narrow road” that leads to God’s Kingdom, and a “wide highway” that leads to hell for a reason.

Obeying God WILL BE the absolute BEST use of your limited time on this planet.  Want to operate at your highest possible level?  Want to know what you were created to do?  Want to live the most fulfilling and purpose-filled life possible?  NOTHING  comes close to a life dedicated to the scary, exciting, often difficult path of obeying God.   I’m hoping you will chose to obey God…live out “Hezekiah’s Secret”…and I also hope these simple guidelines will be of some assistance along the way.