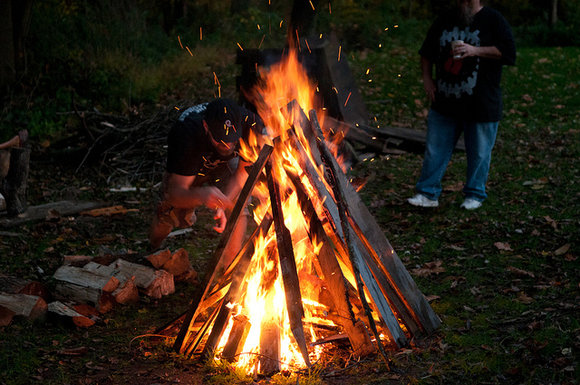 When my son Tanner was two, he drew me a picture of a bright orange, yellow, blue (and green) smiley face sun. It was one of those kid pictures that you “ooh and ahh” over, stick on the fridge, and then throw away when a new one comes home. Tanner is 11 years old now and I still have that picture hanging in my office.As much as I love him, I have to admit Tanner isn’t an artistic phenom.  The reason I still have the picture is because of the caption that the pre-school teacher added to the bottom.

I thought about that quote a lot this week.

I thought about Don’s message last Sunday from Isaiah.

I thought about being a light to the world instead of being thrown into the darkness.

I thought about “the light at the end of the tunnel”.

And I thought about our bon-fire.

Last year we had 19 inches of snow on the ground for our first bonfire event.  This year we only had a small tornado and 13 inches of rain. :-)But, the thing is – neither weather “disaster” was able to darken our bon-fire.  It took a lot of coaxing by Johnny (and a little kerosene from Don) to get the fire started.  But once it got going – even a torrential down pour wasn’t able darken the light. As soon as the rain began to stop, people began to drift back to the comfort and coziness of the bonfire.

We had a nice dry, warm shelter. We had plenty of yummy food, loads of fun stuff and crafts for the kids…..bobbing for apples was a HUGE success.  Rachel had the pavilion looking simply amazing with beautiful decorations. Josiah and Don even tried to toast marshmallows over a torpedo heater and sterno cans (you had to see it to believe it ) But, in the end, what I observed was that people continued to be drawn to the light. 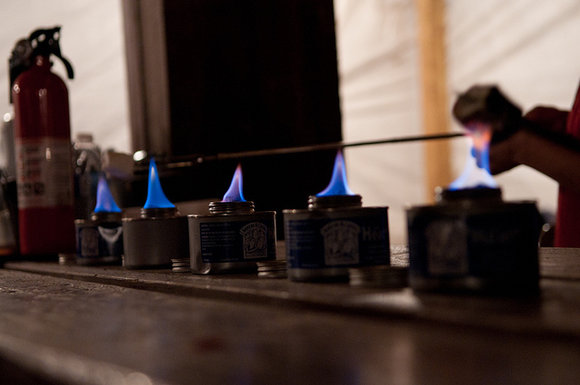 The fire was what made this event special.  The entire week before the event all the chatter on social media was dominated by references to the fire. Rick got us psyched with “fire songs” from every decade.  During the event people couldn’t wait until the fire started crackling. And even after the rain, the bon fire was still the centerpiece of the evening.

Isn’t it amazing that two thousand plus years AFTER Isaiah inspired his people to be different, to be the minority, to avoid being thrown into darkness- people are still inevitably drawn toward the light.

In John 8:12 Christ describes himself as “…the light of the world…”    This entire week, my life was filled with pain, tears, suffering, problems and sickness, but I kept reminding myself that Christ promised that we will not have to walk in darkness alone.  There is light at the end of the tunnel and that light is – Jesus – the light of the world. 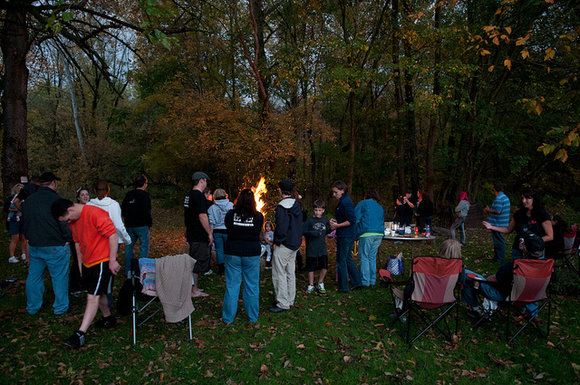