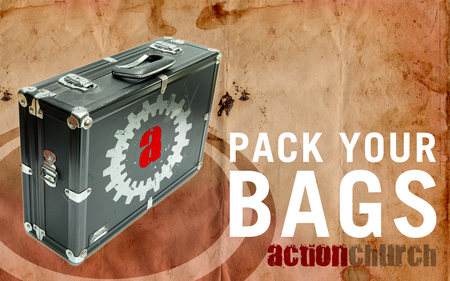 Here’s an update of all the new developments in the “actionchurch is moving but we don’t know where” :-)  Saga…

Two months ago if you would have told me we would be looking for a new venue for actionchurch I would have laughed at you.  Club 19 where we currently meet is with a few exceptions perfectly suited for our church.  It’s clean.  It’s well-built and looks cool.   Except for being sort of crowded some Sunday mornings and desperately needing more space for little kids it couldn’t be better.   It’s even painted all the colors of our logo.  If I could build an actionchurch venue it would simply be a larger version of club 19.

As I announced 4 weeks ago Club 19 is going through changes.  They are planning on expanding and remodeling the club into a lounge/bar.  Because of those changes we were unable to renew our lease.  Our lease ran out on 10/11/09 but we  were fortunately given the opportunity to rent week to week with originally an eight week limit.  We were later told the eight weeks were not “set in stone” but our schedule to find a new actionchurch venue was still very tight!

Sometimes the worst news turns out to be the best news in the long run.  As we began to search for a new venue, a couple of things became clear.  It was going to be difficult to find the “perfect” fit for our Sunday mornings…  BUT due to the economic downturn, there is commercial and retail real estate available now at prices that would have been IMPOSSIBLE to find this time last year.  Jerry (our rock-n-roll czar and a/c representative) has already brought two amazing deals to the table to own or lease space that I would have never even have had the guts to ask for.  I believe with all my heart that the next venue for actionchurch is going to be better than we could ever “ask for or think of” if we don’t “settle”  for something less in the meantime.  The problem was that we were running out of time… We needed time to find the right building…even more time to renovate it and furnish it.

I got an email last week that changed all of that.  We’ve been given a great gift.  Several great gifts…but the biggest one is the gift of time.  I met with Steve the owner of the club on Saturday and was offered:

1. To meet at Club 19 on an ongoing basis while we continue to look for our next venue and they remodel for the lounge/bar.  Thank you Steve…thank you God!  We don’t have to sign a lease and “miss” the great deal I believe we can find on our next venue…but we also don’t have to wonder where we are going to meet in the mean time.

2. There is a perfect spot downstairs from the club  (who knew there was a downstairs) where we can set up a nursery/ little ones room.  We went down there during the music Sunday and it suitably quiet for kidz!  Unbelievable.

3.  Lower rent.  Yeah..you read that right.  Our rent had gone up significantly because we were renting week to week.  It is now lower than before.  Even with the addition of the new childrens space it will not be much higher than our previous lease.  Wow.

We did not ASK for these things.  They were all generously offered.  I believe in the power of God and the generosity of people.  It’s real.

So stay tuned as we keep you updated on any developments as we continue to look for a new venue…quite probably one that will be “ours” seven days a week instead of just on Sunday mornings.  We plan to begin searching in earnest again after the holidays as many seasonal closings happen then… Thanks to the great gift we have been given we will turn our attention between now and the Christmas break to blessing others in the community…just as we have been blessed.  See ya Sunday at club 19…I can’t wait to tell you whats coming next!