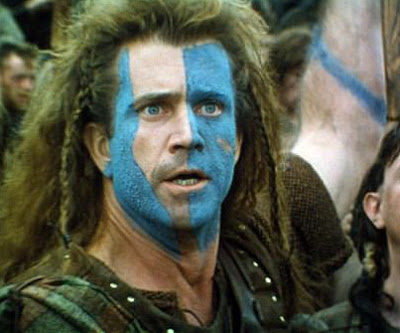 8 “But cowards, unbelievers, the corrupt, murderers, the immoral, those who practice witchcraft, idol worshipers, and all liars—their fate is in the fiery lake of burning sulfur. This is the second death.” Rev. 21:8

Okay, I’m even freaking myself out a little by starting off a brand new year with a “hellfire and brimstone” quote from the book of Revelation… but check out “number one” on our chart of “evil-doers”. That’s right folks, coming in at number one on God’s “list of people to throw into the lake of fire” are “cowards”. Think about that for a second…being cowardly is mentioned in the same sentence as being a murderer, liar, or being immoral.

So why is God so “tough” on cowards? I think it’s because lack of courage makes us disobey God more than any other sin. I don’t know about you but even though I spend the bulk of my prayer time asking for guidance and provision…but what really keeps me from doing what God wants is pure cowardice. I fear what people will think…what they will say…I fear failure…and appearing “crazy”? How about you? What do you fear? What makes you take the “cowardly path” of saying “let me pray about it” when deep in your heart you already know what to do?

I’m praying for courage in 2008. For me, for you, for everyone that catches the vision of actionchurch. I’m praying that we will act on the guidance that God has already given…before his plan for providing for our needs is “visible“. (That’s pretty much the “definition” of faith-isn’t it?) I’m laying aside my fear of what people will “think” or say. (My favorite “quote” of the year is “Who the hell thinks it’s a good idea to start a church in a nightclub” –anonymous) I’m going to put aside my fear of failure-(We’re “supposed” to fail…without God we will surely fail…the amazing story will not be if we “fail”…but if we succeed!) I’m even going to put aside my fear that people will think we’re “crazy”. (The “jury” has come back and it IS crazy to attempt something like actionchurch!)

God in Heaven. Lord of Heavens Armies. Give us courage to carry out the plan you given us. Help us to be focused on the thousands of lives in York County that depend on our success. Give us the courage to “fight” for those who are hopeless, those that have given up on being a part of your church, those who need a place where they can “belong” and be part of your great kingdom plan for this earth. Give us courage to attempt things that seem impossible… Courage to see things from your perspective. We rely on you to guide us and provide for our needs…but most of all we ask for courage-amen

I hope you’ll pray it with me and be part of the adventure!