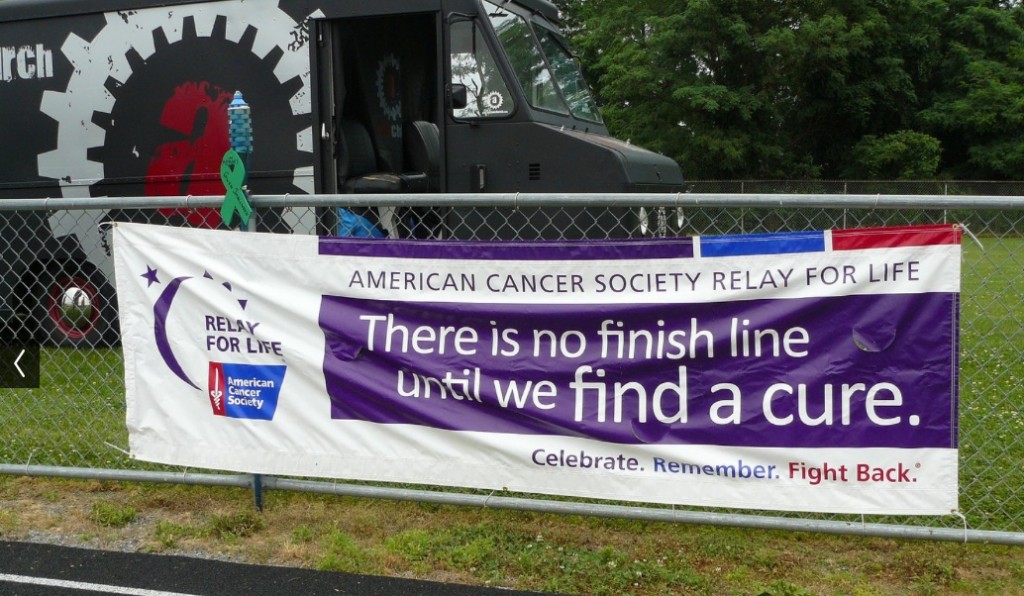 “You win some, you lose some and wreck some” D. Earnhardt

When I first started “doing” Relay for Life, actionchurch had already been in the race for a couple of years. I love the images Pastor Don conveys when he tells of actionchurch at Relay for Life BEFORE there even was an official church. My family and I pulled up one year, bought a couple of t-shirts, walked for a little bit, took in the luminaria ceremony and went home. But, I was hooked! A die-hard fan!

The next year we decided to be groupies – we were “all in” for the entire race circuit. That meant that there were approximately 6 people – myself included- sitting under a black tarp around midnight in camp chairs while Michele Record (aka Mrs. actionchurch) walked the track all night long by herself. I was too dumb to think to take coats or blankets for my kids – so they literally fell asleep on the field UNDER the deflated bounce house, trying to stay warm.

Speed ahead to the year Mrs. actionchurch decided that we should cook breakfast for ALL the participants who had managed to endure the night…and she didn’t mean Frosted Flakes or a donut and a glass of milk. When Michele says breakfast – she means all out breakfast. Pandemonium ensued! We had extension cords running all over York County – blowing breakers one after another – almost a DNF. It was unorganized, chaos at its finest. It didn’t take me long to figure out that I could not drive the RFL car without a really good pit crew.

We got better with our efforts over the years. Actionchurch’s participation and involvement at Relay for Life has literally exploded. Action t-shirts are EVERYWHERE – walking around the track, making sno-cones (and popcorn!), supervising children’s activities, serving at the coffee bar, providing dinner for 400 and breakfast for everyone, setting-up/tearing down, feeding our own masses….and don’t forget the bands! We got smart. We knew we needed a plan, a bunch of sponsors and a whole lot of crew.

Fast forward to 2014. This year’s Relay for Life is humming along as smooth as a Chevy SS, packing 850 horses, on four fresh tires running wide open at Talladega.

I am not driving. Honestly, I don’t even think I’m navigating. I have taken a backseat and I am enjoying the view. It’s amazing! Our leaders on the pit crew have things so under control – heck- I’m lucky even to be a passenger in the car along for the ride.

“To think that anybody could come from as far back in the field as we were and win this race is beyond me. You saw it. I couldn’t believe it”. D. Earnhardt.