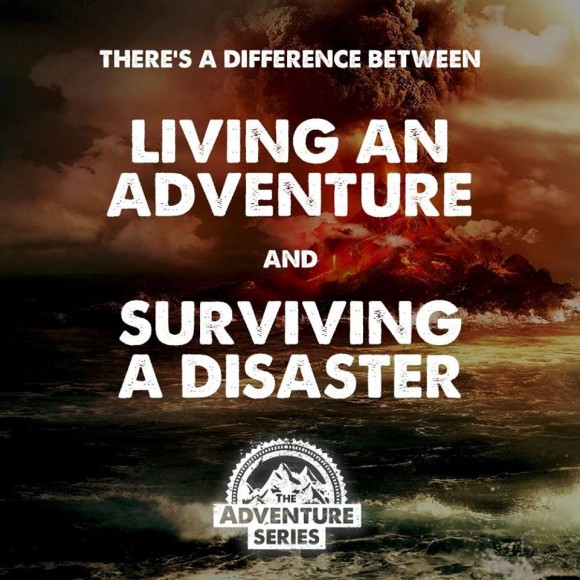 There’s a difference between getting lost on an afternoon hike in the mountains and being rescued after days of hunger and cold, and successfully climbing Everest.

There’s a difference between surviving being broadsided at an intersection on the way to the Gym, and being t-boned during the “big one” in the Daytona 500.

There’s a difference between surviving a beating by a mugger, and being knocked out in a UFC match.

That’s what I love so much about the story of Paul the Apostle found in Acts Chapter 27-28 that Steve Warrington shared on Sunday.   The Bible NEVER promises that obeying God will be easy or trouble free.  It does promise, though; that for followers of Jesus those troubles and difficulties would not be WASTED…that they would instead just add to our Story and God’s Glory!  Just a few short years before Paul began his epic sea voyage to Rome, Paul sent these words to the Christians living there in a letter:

“28 And we know that God causes everything to work together for the good of those who love God and are called according to his purpose for them”.- Paul (Romans 8:28)

Paul’s life…his journeys…his story… and the fact we still recount it today, proves those words to be true!

There is a difference between living an adventure and surviving a disaster.  Being an obedient follower of Jesus Christ is where that adventure begins.