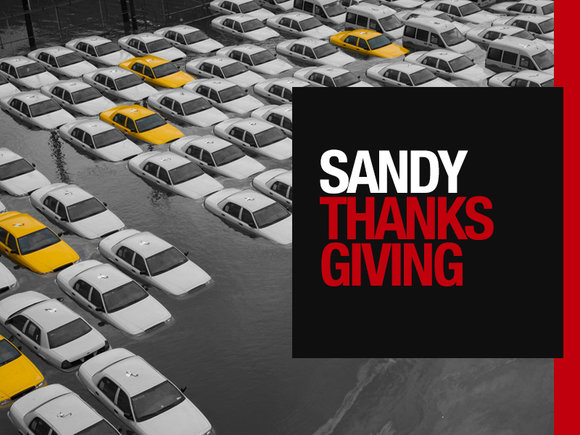 They say a picture paints a thousand words.  After our mission trip to New Jersey I think a picture can express a thousand emotions as well.

When Hurricane Sandy hit the coast, the media analysis was unavoidable – snapshot pictures, videos, U-tube, internet, news reports, 24/7 coverage.  But it still didn’t prepare us for what we saw in person.  Over the past few days we’ve shared our own pictures and stories with friends and family….and what always captures their attention is the emotion behind the picture.  I told one of my friends that the pictures from our trip were posted on Flikr – but she said “I like seeing the emotion in your eyes when you tell the story better”.

And that’s the key.  I shared on Sunday that Sandythanksgiving was one of the most emotionally hard journeys I have ever had to take.  The physical labor was hard.  But after about a week (or two J )you recuperate from that.  It’s the passionate interactions with people – and with God – that will remain with us for a life time.

One of my favorite pictures from the trip shows one of the biggest, brawniest guys on the team, kneeling in front of a ruined photo album as he tries to gently peel the water soaked papers apart without tearing them with his great big hands.   It may have been work better suited to an expert, or a girl with smaller hands or the homeowner even….but as we were lugging totes filled with three week old mucky salt water out of the garage – the pictures caught his attention.  The very next frame on my camera shows him hugging the homeowner – Bonnie – in a great big bear hug.  Pictures express a thousand emotions.

Hands down, everyone’s favorite was little 87 year old Flora from the Philippines whose home had been devastated by the storm.  Her spirit, her perseverance, her grit and determination gave us all hope for tomorrow. This dear old lady was a beauty from the inside out – and a force to be reckoned with!  She informed the American Red Cross that “…these people ARE my family now…” and they were to feed us as well!.  After we cleaned out the wet, moldy, sewage soaked insulation from under her home, the first thing she wanted to share with me was her photo albums.  The fact that her home was completely ruined and her car had been underwater  – the fact that we were throwing giant garbage bags of her personal possessions onto the curb – none of that mattered to her as much as sharing her past with us through pictures.

Sometimes the most important pictures aren’t from the past.  The very last house the crew worked on was home for Kelly and her three young children.  She met me outside in the yard, but was too traumatized to go into the house to watch the guys tear up her floor with chainsaws.  As she hugged me and hugged me and thanked me numerous times, she tried to share the pictures of the devastation she had taken on her cell phone.  Her hands shook so bad I couldn’t see the pictures.  She cried in my arms and said “When the flood came I grabbed my kids and as many clothes as I could carry.  These pictures are all I have left”.

Our time in New Jersey has ended.  All we have left are pictures, emotions and sore shoulders.  As a leader – I considered the mission a success.  I didn’t lose anybody, there were no broken bones or hospital visits (that I was aware of J ) and hot showers to boot.  I left York on Thursday with 9 people and came back on Saturday with 10 – but hey, that’s another story for another day!

Our mission was truly a success because of the three levels of relationships that were developed.

Our personal relationships with God grew in ways unbounded.  At first when you see the piles of garbage and the homes destroyed you really question “Why – God?  Why?”  And He answers each of us in different ways.  But He answers, hope grows and faith builds.

Our relationships with the homeowners that we served – too numerous to list them all…..but each of them touched our hearts in ways I can’t even begin to describe in a blog.  Over and over they thanked us and God for blessing them with our help.  But in the end I think it was our crew that was blessed.

Our relationships with each other were cemented for all time.  A motley crew of 10 distinctly diverse people left York on Thursday and a solid core of all time friends returned on Saturday …. with lots of pictures.