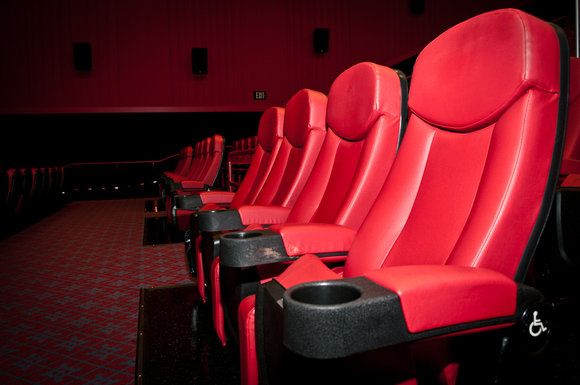 Every Summer since the beginning of actionchurch at Fat Daddys Nightclub we (along with practically every other church in America :-) ) have done a series called “at the movies” where we illustrate principals from the Bible with newly released movies.

Every summer I say,  “It’s too much work… everyone else
does it…I really don’t think I’ve seen enough ‘good’ movies this summer to make it happen”.

Every summer Josiah says,  “It’s too much work… everyone else does it…I really don’t think you’ve seen ANY ‘good’movies this summer, so if we do it we will end up putting everything together at the last minute AGAIN…”

So last year we decided we wouldn’t be doing the “at the movies” sermon series again. But that was before we moved to Frank Theaters Queensgate…before we had a two-story-high screen to use on Sunday mornings…before we had hundreds of comfy red leather rockers…before we had a sweet HD projector… :-)

So…you guessed it, during the month of August, actionchurch will be discussing the principles we can learn from scripture “at the movies”, one more time…

You won’t want to miss it.