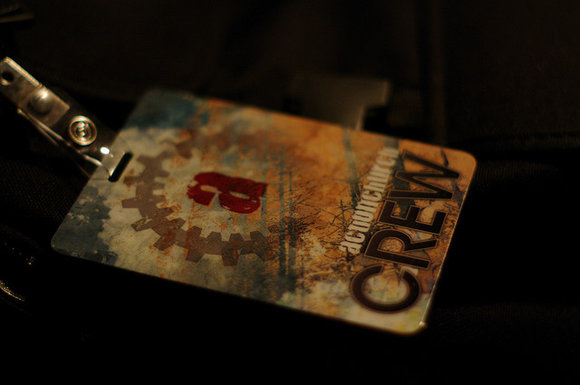 Sunday in the sermon I said something unusually dumb.  (Notice I said UNUSUALLY…I find myself saying dumb stuff all the time. :-) )   I said that one of the most unusual things about how we started as a church, one reason that I am so sure that God was with us, is that we were “nobodies from nowhere”.  There was absolutely zero reason for anyone to come to  a bar on Sunday morning to attend church put on by unknown people with absolutely no experience, background, or backing in starting churches.

Come to think of it. That isn’t that unusual at all.  If fact, it’s pretty much the MOST usual way that God does business.  It’s one of the ways he shows his power throughout history. The mark of a great coach is not one that can craft a winning team from all-star players, but one that can take a group of “nobodies” to the state championship. (Yeah, that analogy was brought to you by the series finale of Friday Night Lights…I’ll miss you Coach Taylor).  God shows his great power again and again by leading ordinary people to do extraordinary things.

Abraham? The “Father of Nations”? Just a nobody from nowhere with a beautiful wife, fertility problems, and an extremely disfunctional family background.

Moses?  Just a nobody from nowhere, fresh off a forty year stint herding sheep in the desert while running from a murder rap.

David?  Nobody from Nowhere. The youngest son of a little know family whose gig was (you guessed it) herding sheep.

The examples are endless, God even sent his own Son Jesus to live as a Nobody from Nowhere as is evident from this really spectacular introduction by one of his earliest followers:

45 Philip went to look for Nathanael and told him, “We have found the very person Moses and the prophets wrote about! His name is Jesus, the son of Joseph from Nazareth.” 46“Nazareth!” exclaimed Nathanael. “Can anything good come from Nazareth?”    “Come and see for yourself,” Philip replied.  John 1:45-46

Here’s the great news though:  If you are a nobody from nowhere, if there is no reason that people would suspect that you would be part of greatness…you are perfectly qualified to be part of Jesus’ kingdom plan for earth.  God is looking for people just like you.  You are EXACTLY the kind of person he recruits for his greatest assignments.

And, If you are in York County and are looking for a team to join, I hope you will be part of our crew of “nobodies from nowhere” at actionchurch.  We are just getting started…

One thought on “Nobodies from Nowhere”