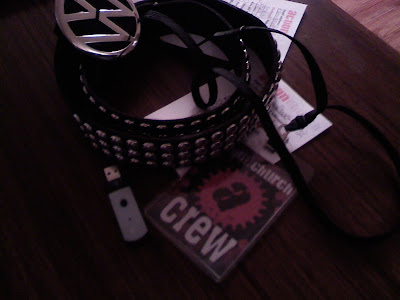 Today was the kick-off of the new year at actionchurch…and the new “mythbusters” series. I talked about prayer today…”blew up” the greatest myth about prayer…that Prayer is primarily about getting God to submit to “our will”. Prayer is more about us coming around to God’s way of thinking instead of “forcing” him to do what we want. In the words of Jesus, “not my will, but yours (Gods)”. I challenged everyone today to “experiment” by praying Honest, Humble, Hopeful prayers (H3) like Jesus did before his Crucifixion. Our sins are forgiven because God did not “answer” the prayer Jesus prayed in the Garden to “take away this cup of suffering”. Learning to trust God’s plan and submit to it through prayer instead of trying to get God to do what we want, is like the difference between “fighting the waves” and “catching a wave”…
The highlights:

Great to be back. I’ll take my “worst” day at actionchurch…over a day anywhere else. Can’t wait ’til next week as we “blow up” myths about the Bible…including one that I think will shock most of you.