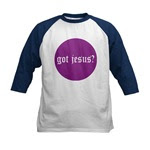 I ran across this story today of a dude getting sued for calling his new “christian” youth baseball league “Christian Little League” (link).

It seems that even though “God told him to name his league that” Little League kinda owns that trademark… (I’m pretty sure you would get the same reaction from “Christian Wal-Mart” “Christian Starbucks” or “Christian Budweiser”)
I think it’s a good and noble idea to try to teach kids about Jesus. I think little League Baseball is probably a great avenue to accomplish that. My question is this: Why not coach a “real” authorized “Little League” team and live out Christian values in front of your players…serve them…build relationships with their parents…love and serve them in anyway possible and appropriate…use your “influence” as a coach to further God’s kingdom plan on earth.
Or, you could start “christian little league” (probably with the best of intentions), get sued, come off looking like a jerk, and probably end up creating a baseball club that excludes anyone but children of fellow christians… which makes your stated mission of “reaching kids for Jesus” pretty difficult since they don’t want to come to your club. This story reminds me of something…it’s right on the tip of my tongue… 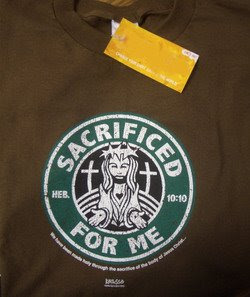