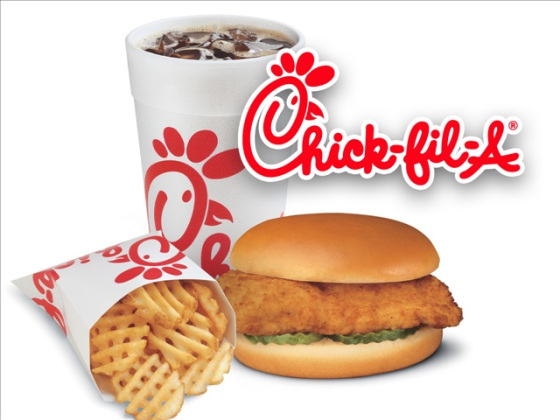 Last Sunday, Chick-fil-a restaurants in the Dallas Tx. area were open according to a story on CNBC.com.   For most fast food restaurants, serving delicious fried food on Sunday wouldn’t exactly make national or even local news.  However, as most of us know who are sadly unable to satisfy our waffle fry and chicken sandwich cravings after church or before NFL kickoff, Chick-fil-a restaurants have NEVER been open on Sunday’s since they were founded in 1946.

So what would motivate a fast food chain with over FOUR BILLION dollars in annual sales to remain closed one day per week?  What would cause that same restaurant to put aside its nearly seventy year old policy, only to open its restaurants to give away FREE food to first responders and victims of the flooding and tornadoes in Dallas TX on Sunday?  For that matter, why would its owner share his now controversial views about gay marriage and face boycotts, bad press, and an eventual backlash of support-via-yummy-chicken-sandwich-eating?  According to Chick-fil-a’s owner, Dan Cathy, because he’s a “Christian”.

If you find it strange to think that the policies and profit of a well-known US corporation could be influenced by the life and teachings of a Jewish construction worker named Jesus who died over two thousand years ago, consider the fact that in other areas of our world controlled by ISIS, people are choosing to give up their homes, possessions, and even their lives in order to remain “Christian”.   What is strange though, is that in spite of the powerful role this label plays in our world,  (2.2 billion people are currently identified as “Christian” today),  remarkably few can define  exactly what being “Christian” means.  Even fewer can agree on how one becomes or remains “Christian”…  Is it because of beliefs?  Behaviors?  Being baptized?  Attending a Church? Eating Chick-Fil-A Chicken sandwiches?  Saying a prayer?  Being “saved”?   Being born into a “Christian” family?

What exactly IS it to be a “Christian”? How would YOU define it?   Who’s in…and Who’s out?   How can something be simultaneously incredibly powerful and yet widely misunderstood for thousands of years?  We’re going to spend every Sunday in January exploring these questions at actionchurch.   The results just might surprise you…