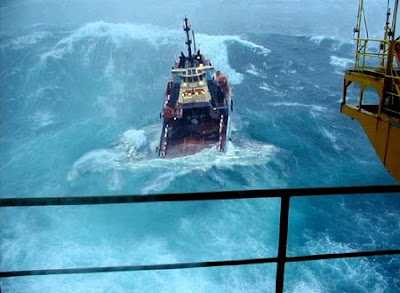 The Gulls did a song a couple of weeks ago called “Drifter” based on Peter walking on the water with Jesus…and later sinking and having to be rescued when he began to “look at the wind and the waves”.

It’s easy to “laugh” at Peter. How can a guy who is “brave” enough to walk on the water with Jesus get frightened and almost drown? Never mind that all of Jesus’ other disciples didn’t have the courage to get out of the boat and join them…it all seems kind of silly…until you get out of the boat…and realize that it is completely “reasonable” to believe that you are going to be smashed by the waves.

It’s a matter of focus and faith actually…even in the midst of great acts of Faith..if we take our eyes off Jesus and begin to focus on the “waves”, the dangers, the all-so-real probability that we will be swamped…we begin to “sink”. The good news is Jesus is ready and willing to pick us up…in spite of our lack of faith. Rescue comes when we admit our lack of faith and cry out to Jesus…paralyzing fear comes when we focus on the “waves”.

So Peter went over the side of the boat and walked on the water toward Jesus. 30 But when he saw the strong wind and the waves, he was terrified and began to sink. “Save me, Lord!” he shouted.
31 Jesus immediately reached out and grabbed him. “You have so little faith,” Jesus said. “Why did you doubt me?” Mathew 14:29-31