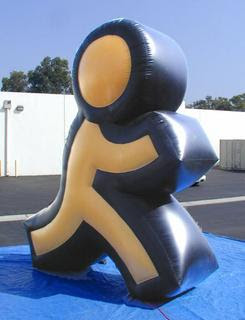 I just read an associated press article that AOL is laying off another 2000 employees and totally “giving up” on being an online provider… (They are “transitioning” to becoming an online ad company…they are really good at plastering ads everywhere!) That is really unbelievable when you think that less than five years ago they were at the very top of the heap!

Michele and I were subscribers to AOL starting in I think 1996 until 2005 when we switched to broadband… There was a time (believe it or not) that America Online was one of the most advanced and popular online providers. Over time though, they didn’t keep up with the rapidly changing online culture and technology. Somewhere along the line they decided it was more profitable to keep their current subscribers (there are cults that are easier to get out of) than to try to improve their service. Somewhere along the line they decided that making cool commercials with the American chopper dudes and buying other companies like Time Warner would make up for the fact that they truly sucked at their “main thing”-providing Internet access.

Nothing makes up for neglecting your “main thing”… ever! Sadly, the employees of AOL are paying the price.