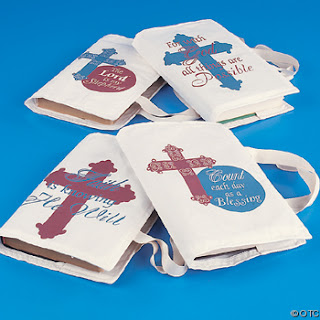 I know that it is quite permissible and even “in vogue” in our society now to criticize a certain group of lets just say, “religious people”. I guess over the years I have been as guilty as anyone of criticizing these “people of the book”. In order to be fair and “balanced”, I thought I should point out some of their truly admirable values.

Here goes in no particular order:

1. They defend the Scripture… Whatever I might think of some of their doctrines and actions I must give these guys “mad props” for defending the scripture. I mean you can’t just have “someone” come along and add on a whole “new” testament or something. Scripture is written, God has spoken, and that’s that!

3. The “fight evil” with political power…These guys realize that the “real power” to change the world is found in legislation. They are a political “majority” to be reckoned with. Even if “pagan” politicians do not like them, they certainly fear them and know they have to protect certain of “moral codes” if they want to stay in power.

4. They defend orthodoxy and tradition… As much as tradition may seem “stuffy” after a while, it does serve an important purpose…There are “essentials” that must be defended and there is wisdom and safety in thousands of years of “the way we’ve always done it.” You can’t just let “outsiders” come along and say “God wants to do things differently now, the way you’ve done worship for thousands of years is finished”. That just can’t happen!

5. They teach the Bible… In a world interested in scandal and the latest lewd gossip, these guys are the undisputed “teachers” of scripture. In fact they view it as their most important responsibility. Not only do they teach adults, they are unbelievably thorough in their “youth training”. The Pharisees didn’t think it was enough to hire a youth pastor and send the teens to “bible bowl”…they made sure that every male memorized the first five books of the bible by the time they were thirteen years old.

…What, you didn’t think I was talking about the pharisees? Who did you think I was writing about? Take a moment and re-read all five “values”…all of them were true about pharisees.

Why is it so easy to criticize Pharisees? Would we have done anything different? How did “Christian Values” end up having more in common (at least in public perception) with the religious sect that “framed” Jesus than with the teachings of Jesus himself….? Where do we go from here?