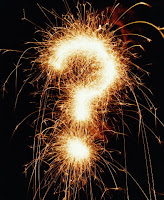 I have had a great time meeting people and answering questions at our tent this week, so much so that my voice is just “gone”. Here’s a question I have fielded several times so I thought I’d answer it here.
Q. Why give away coffee, balloons, etc…why not just give out tracts or literature, why not “preach the gospel”…wouldn’t that be a better use of your time and resources?
A. Here’s why we do what we do:

So there it is…why we do what we do. Is it the “right” way? The “only” way? Nope, It’s just an “old fashioned”,”low tech”, way to demonstrate God’s love to others.