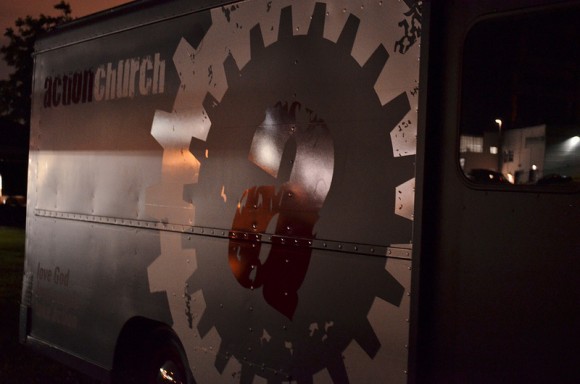 It started with a phone call at work…the kind NO ONE likes to receive.  I work as a painting contractor and I take pride in doing a good job, providing a good product, being professional, being neat. When I received this particular phone call last fall though, it was a legitimate complaint about a job I had done.  I had messed up, and I was going to have to squeeze some unpaid repair work into my already busy schedule to make it right.

I was courteous, apologetic, agreed to fix the problem immediately, but even though I’ve learned from being in business for nearly 20 years not to voice them…my mind was RACING with excuses.  “I’ve been doing this for years…and can count on one hand the times I’ve got called back to a job.”   It was rainy that day, and even with my painting lights it was extremely dark.”  “Most people wouldn’t even notice…and by the way…the previous paint job I covered  was TERRIBLE”  Yep, I had excuses, dozens of them, “Good ones”. :-) But something happened that day…something great, actually…something I still remember.   I started wondering if I could do anything to make my painting process better.  Not perfect.  Not zero-mistakes-ever.  But better…improved…less likely to get a negative phone call. And guess what? I did!  That day I came up with a simple, inexpensive way to do that particular kind of job better, even though I’ve been a professional painter for decades!

I learned something that day.  Something valuable.  Excuses…and the pride and apathy that feed them…are the biggest barrier to improving.  (And by the way, when I shared what I was going to do differently with my client, it actually IMPROVED our relationship.  And, as I implemented the change with ALL my clients, it actually proved to be more efficient and PROFITABLE! ).   So here’s what I’ve been saying to myself ever since that day:

I’m trying to integrate these words into every area of my life.  By the time you read this I will have shared this story with our actionchurch leadership team and asked them for their input on areas we need to improve in our organization…areas where perhaps we have VERY GOOD EXCUSES…but also very good reasons that we need to do better.   I think you’ll see improvements in 2016 at actionchurch…you may even be part of them!  Most of all, though, I wanted to share my story in case you wanted to play along at home.  It’s simple.  It’s difficult.  It’s worth it.  All you have to do is stop making excuses, and start making improvements.

You’ll be glad you did!