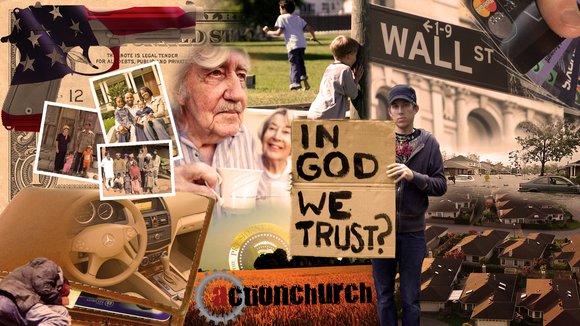 Four years ago, actionchurch was a six-month-old start up church with an inexperienced pastor, and a VERY diverse crowd.   I remember it very clearly because we were moving from our initial venue at Fat Daddy’s Nightclub, to our new more spacious home at Club 19.   In the middle of all of the hustle, planning, building, and moving that came from relocating to a new venue, we had a very important decision to make.  America was embroiled then (as it is now) in an important and historical presidential election.  Political signs were everywhere.  Political ads were running constantly.  People were arguing and and disagreeing everywhere you turned.  Our new church was made up of Republicans, Democrats, Independents, Hemp party, Libertarians and I’m pretty sure one guy who thought he was a Romulan.

As a church we faced an important decision.  On our “opening day”…a day we expected many people would turn out to see our new venue…should we:

2.  Go political.  Talk about the election.  Hand out “voter guides”   Make our next series sort of a poly sci class with some Bible verses thrown in.

3.  Panic and just talk about Jesus and Star Wars.  (I think that was my vote…I was pretty nervous about the whole thing) :-)

I’m thankful to say we chose none of the above!  On “opening day” at Club 19, following a punk act that I remember jumping around…A LOT,  we started a brand new series titled “In God we Trust”.  Josiah created some great art.  (That’s the 2004 sermon series title slide above) and I pointed people to the ONE that they could depend on…no matter what their political preference…no matter who won the election.

Four years later we have the great opportunity to point people once again to the ONE that they can trust…no matter what.   The scripture we will be talking about is different. The preaching will be (hopefully) better. The band WILL be better, and I can’t wait to see the new artwork.  But, the God we depended on then is just as DEPENDABLE today!  In fact, the only thing that has changed over the last four years, is that our trust in God has grown- exponentially.   I can’t wait to tell you more on Sunday.

The Jesse Baker Band will be our musical guest, and actionkidz has another great week planned in their “What’s in the Bible” teaching series.    As always there will also be loads of yummy Maple Donuts, Muffins, Bagels, Hot Coffee, water, and great actionchurch people to hang with.   It all starts at 10:30 am at Frank Theaters Queensgate (Directions).   Be there…and bring someone(s)!