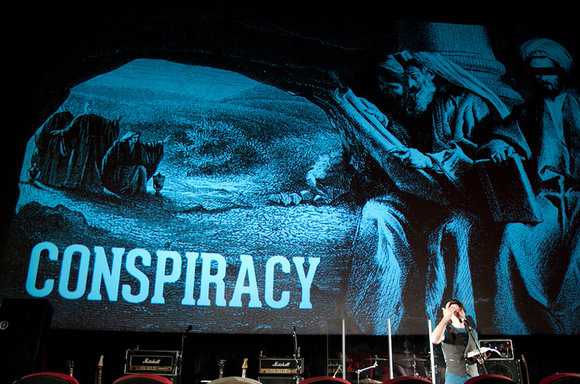 Sunday we used viral songs of the past to illustrate how the story of Jesus being alive went “viral” in first century Jerusalem.  One of my favorite moments (after realizing my life-long dream of playing Achy Breaky Heart in a sermon) was seeing people up on the “hill” in the back of the theater doing the “macerana” as the song played.  Hilarious.  actionchurch finally becomes one of those “dancing in church” churches…and it was the macerana. :-)

That’s what I pray for each week at actionchurch.  I want God’s word to be simple…fresh…and VERY “sticky”.