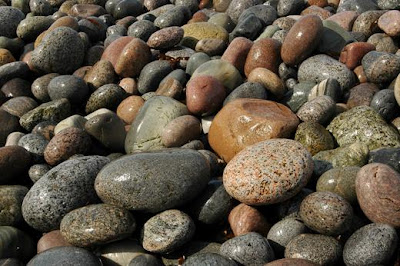 In the Old Testament when someone really screwed up and sinned big time their fellow Israelites were commanded to stone them to death. Brutal, effective, “frontier justice”…If you screwed up you knew the consequences. Then along came Jesus. When confronted with a woman caught “buck naked and in the wrong bed” ,and a crowd that wanted him to prove he was “tough on sin” by joining in the “stoning party”, Jesus broke all the rules by letting her go… (link) After Jesus dispersed the crowd by inviting “whoever is without sin to throw the first stone” he just let the woman walk away… It was a revolutionary moment…the only one “qualified” by being “without sin”, never picked up a stone! I especially love the words of Jesus as the woman walked away. “Then neither do I condemn you,” Jesus declared. “Go now and leave your life of sin.” Jesus believed it was possible for a woman that the religious people of the time thought was “beyond hope” and should be killed, to live a new life free of sin! Imagine the possibilities!
I love that story, but to be honest I still struggle with the implications. I still find it hard to not “throw a few stones” when someone screws up big time. As a preacher I know I am responsible to preach what the Bible says about sin. As a “person”, I find myself questioning whether I am being “tough enough on sin” when I unconditionally accept someone who has made a lot of bad decisions. I still fight with the impulse to try to “fix people”. I still struggle with being loving and accepting without condoning sinful behavior. I don’t have all the answers…I just know I never want to “pick up another stone” to bash a fellow sinner… according to Jesus…I’m not qualified.