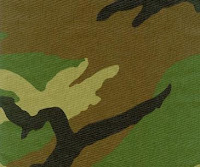 Everyday I become more aware that people have radically different expectations about the “purpose” of church and religion in our lives and culture. I know that last sentence was a bit of a “mouthful”, but I think I have finally found a practical analogy that describes the differences. What do you think?

Scholars- This group picks churches like high school seniors choose colleges. They look for the “right” programs and courses. They search for a place where they will fit in socially. Many are truly serious about their “studies”, but they see them as mainly being helpful “after they graduate”… They study the Bible like a textbook and believe their greatest accomplishments come from “learning”. They pay their tuition, go to their classes, and look forward to “graduation” some day. They consider their jobs and connections in the “off campus” community to be completely disconnected from their “college experience”.

Soldiers- This group view joining the “service” as a calling. They study the Bible like an operations manual. They believe that the “battles” and “stories” and “techniques” written about in the Bible are not to merely be dissected and debated but contain vital “clues” about the nature of our commander and “battle” today. They need practical training and teaching because the life of a soldier is exciting and dangerous at all times. They believe that “your kingdom come, your will be done, on earth as it is in Heaven”, is an achievable goal, and not just pretty language. These soldiers don’t fight other people, but the powers of darkness that steal from their fellow man. They realize that the only way to serve their commander is to serve others. Most of all, soldiers are “soldiers” where ever they are. They see no disconnect between their “training” and their lives “off base”.

Is this an over simplification? Maybe. But there is definitely a “divide” that I see more clearly everyday. If you’re wondering, I think of myself as someone who dropped out of the “collegiate christianity” lifestyle, became “radicalized” and became a soldier. And yes, using this analogy, actionchurch is a “militant” church for “soldiers” who fail to see the point of living life as a “scholar”.